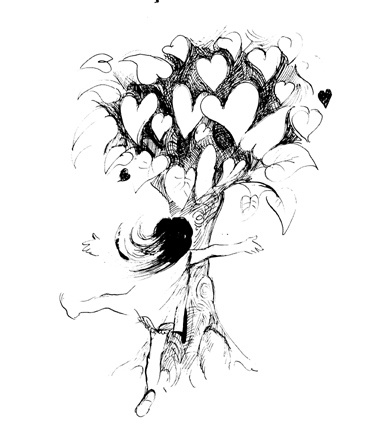 I miss the girl who found everything funny, who would squeal with delight, giggle at her own imagination, and burst out laughing, raining spittle and joy, and not be able to stop even when tears streamed down her face and snot gushed out of her nose.

I miss the girl who charged down the road and into a neighbour’s house because they had a cool swing or because the dandelions danced real pretty there, without ever having noticed the fence or the sign that says keep out.

I miss the girl who played hopscotch with stolen chalk and the sun beating down, oblivious of dust or decorum and impervious to tans, who didn’t care for time until her tummy started rumbling.

I miss the girl who splashed in the puddles, played ball with dirt, let the wind ruffle her tresses and sometimes screw up her face and stomped her feet even though tantrums don’t look pretty.

I miss the girl who never needed to read the signs, who gave hugs with abandon, who spontaneously professed love and who believed without a doubt that the prince and princess lived happily ever after.

I miss the girl who when given a choice between a gold coin and a kitten, chose the silly scruffy cat every single time.

I miss the girl who was me.

Image downloaded from pininterest.
An illustration by William Papas for a most charming book titled ‘Mr God This Is Anna’ by Fynn