Jenny was engrossed watching the sunrise. No sooner had the sky lit up than she let out the most awful blood curdling scream.
Now Mark was still in bed. They were after all on vacation, and of what use is a vacation if a man cannot sleep in. But upon hearing her scream he jumped up and rushed out, without even wearing his spectacles, which is why he misjudged the first step, tumbled all the way down and broke his neck.

Jenny let out a second blood curdling scream, which frightened the birds who flew off in a flurry, startling the rattle snake who slithered off in a hurry.

And yet the tale was thus told – adventurous Mark was killed by a rattlesnake. 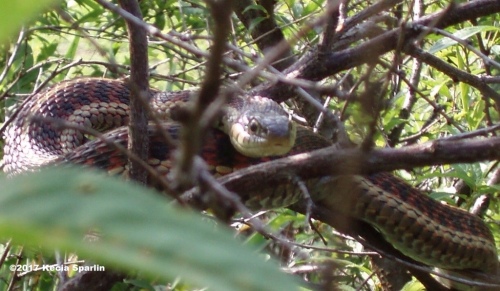 In response to Flash Fiction for Aspiring Writers‘ 122nd Challenge based on a photo prompt by Kecia Spartin.